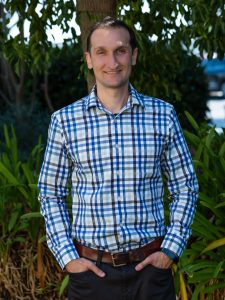 Dr. Ryan Simarro was raised in Antioch, California. After graduating from Deer Valley High School, he attended the University of California Santa Barbara, where he earned a degree in cell and developmental biology. Following his graduation, Dr. Simarro attended dental school at Western University of Health Science in Pomona, California, graduating with his DMD as part of the inaugural class. He immediately began practicing dentistry in his hometown of Antioch, partnering with Dr. Mark Miller.

Dr. Simarro is a member of the California Dental Association, the American Dental Association®, the Contra Costa Dental Society and the Seattle Study Club®. Almost all of Dr. Simarro’s family is involved in health care. His wife, Esther, is also a dentist, practicing in San Francisco. His twin brother, Nathan, is our other dentist here at Simarro Brothers Dental Care, and his two sisters, Meghan and Kaitlin, pursued their health care careers in nursing. Dr. Simarro’s mother, Karen, has been a nurse at Children’s Hospital in Oakland for over 35 years, and his father, John, is deeply involved in coaching community sports, including little league, CYO basketball and soccer.

When not at the office, Dr. Simarro enjoys a variety of hobbies. He loves Bay Area sports and enjoys attending baseball games during the summer. He enjoys spending time with his family, which has been rooted in Antioch and Brentwood for over 50 years. Dr. Simarro also enjoys camping near Santa Cruz and visiting Lake Tahoe, Napa Valley and Santa Barbara. 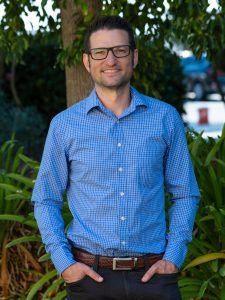 Dr. Nathan Simarro was raised in Antioch, California. After graduating from Deer Valley High School, he attended the University of California Santa Barbara, where he obtained his Bachelor of Science degree in zoology. While there, he also received a minor degree in Spanish. He continued studying Spanish language and culture at the Universidad de Alcala de Henares in Madrid, Spain. Dr. Simarro trained professionally at the University of Southern California School of Dentistry, where he received his DDS degree and completed Fundamentals of Implant Dentistry. Dr. Simarro has been enjoying his career since 2005.

He is a proud member of the California Dental Association, American Dental Association and Contra Costa County Dental Society. He has extensive experience in endodontics, implant dentistry and treating pediatric patients. He remains active in international outreach programs through the USC School of Dentistry, with ongoing efforts in South America, Africa and Asia. He was the recipient of the 2014 USC Mobile Clinic Aware and the J.A. Slaughter Memorial Scholarship Award. He enjoys building lasting relationships with his patients and has a passion for helping others and expressing his personality and talent through dentistry.

In his time away from the office, he enjoys watching the Oakland A’s, Golden State Warriors and Bay Area football. He also participates in an organized soccer league on the weekends and loves staying active. He and his wife recently celebrated the birth of their first child, Stella! It has been a dream come true to come back to his community where he grew up to practice what he loves with his twin brother, Ryan. 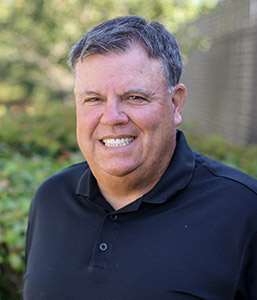 Dr. Mark Miller retired in 2019 after many years of providing quality dental care in Antioch, California. We wish him well in his future endeavors and are proud to continue his legacy of excellent dentistry.